Some people want it to happen, some wish it would happen, others make it happen.

Got to say, starting this blog a with a clear conscience this week! I'm very happy to report that I have redeemed myself this week after the shocker last week. I always said I would be real and take you on this journey, warts n all and I think last week proved it. But when I fall I fall hey!

On Sunday night last week I have got to admit, I wondered how the hell I would snap out of the defiant kid mode and get my willpower again, but somehow I managed to get it back. I really noticed it because there were biscuits in the house and on Monday I went over and went to grab one and the voice that was missing the week before to tell me to stop, came back. I started to grab then pow, Mr Willpower stopped me. I just smiled and thought wow, it really is swings and roundabouts. The day before I would have stuffed it in my mouth as quick as winky.

Monday - Boxing Bootcamp at St Thomas' in Ashton. As per usual this class was immense. I came out of there like I'd been stood under a shower. Also a lot less angrier than when I went in. I guess kicking and punching poor Darren, Dave & Kev will help with anger management.

Tuesday - Esther and I did Plyocide, one of the workouts from Beachbody's PX902. Oh my good giddy god, this workout is bizarre, but painful. It doesn't flow like Insanity (and Tony Horton is annoying, as Esther said, if he could kiss himself he would) but it kills you. Highly recommend it.

Wednesday - I did Insanity Max Cardio Conditioning. I basically had an hour and a half child free as Adam was having a settling in session with the childminder. I got home, did this, had a shower, ran back for Adam, Most normal people would probably have just sat and had a cuppa and enjoyed the silence.

Thursday - PT with Esther. I put a request in for a leg workout, but given my condition 'down there' I didn't go as heavy as normal with the weights. Workout was a killer though. We did squats, walking lunges, single leg dead lifts, hamstring curls, then to finish we did some fartlek (sprints). The reason we did this is because I have noticed at Parkrun that the main area I am struggling with is breathing. I think because I am more focused on weight training, my poor lungs can't keep up with me when I am running and I literally can't get my breath sometimes (the wind at Pennington Flash doesn't help either!!). So I am trying to up my cardio (hence Insanity Cardio conditioning) to help.
Oh my, and how could I forget, I managed to do chin ups this week for the first time EVER! Chuffed is not the word!! See the video here 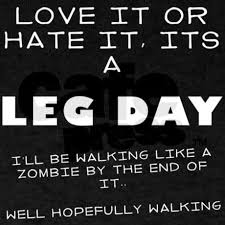 As well as this killer workout, I decided to really push myself as I knew I was having my toe surgery at weekend which meant I wouldn't be able to train, so took myself off to Get Ripped at Elite. I was sore when I got there from the previous workouts this week and how I got through this I don't know. All I can say is that it's Sunday when I am writing this and my legs are still sore.

Friday - I did intend to do a run, but my legs and abs were in bits. For once, I listened to my body and had a rest day.
Saturday - My toe surgery was originally booked for 8am and I got a letter saying it was moved to 12 so I said I was going to still do Parkrun. However, I had to fast and couldn't drink water so at the last minute I changed my mind, much to my mother's relief.
Sunday - Limping after the toe nail removal, which I might add, is one of the worst things I have ever been through. Not the removal so much, the injections of anaesthetic into the toe. Even the surgeon said, 'This is really going to hurt. I'm so sorry, I cringe myself when I do this because it is the worst place to inject'. He said that just before he put the first injection in.... oh thanks.

Food wise, everything went brilliantly, apart from yesterday (toe day) where I had to fast and when I had the op done, nobody brought me any food (worst aftercare (and to be fair, pre care, in fact, just a bad experience full stop) so when I was eventually allowed to leave the hospital at 5pm I just had to grab a sandwich from Costa and I admit I had a cornflake cake and chai latte because I was a) starving b) traumatised.

Today has been ok but I can feel the PMT starting to take hold of me (yes, its nearly that time AGAIN). Starving and the willpower is starting to be tested. I doesn't help that I am in a lot of pain, can't walk properly and high on cocodamol. I did not realise this was how this operation/recovery was going to be and I have to say, if I had known, I wouldn't have had it done. Not ideal either with 2 weeks of the challenge left. I am hoping that tomorrow the pain will ease and I will be training with Esther on Tuesday (even if it's one legged training).

Pictures time. These were taken on Thursday as usual so toe all in tact here.

So next week is my final week of maternity leave. A lot of people keep asking me how am I going to keep up with workouts when I'm back at work.
Firstly, I'm only working 3 days a week to start with. Secondly, both Esther and Elite Fitness Academy are super child friendly. I will still be seeing Esther once a week and will be taking Isabelle with me. Elite also have Elite Kidszone and also classes where Isabelle (and Adam when he is older) can join in, so I will be making the most of that. I also have an amazing support network around me with Matt and my mum who help me out massively, in fact without them I wouldn't be able to do half the things I do. So, this isn't the end just because I'm back at work, it's just going to be even harder to squeeze in, but the motivation is there.

This week is super busy and I will tell you upfront, I have a 'cake date' with a my friend Vicky as we have been off on maternity leave together again and we have also both been working hard (Vicky has lost over a stone and ran the St Helens 10k last week, whoop) so we had agreed that at the end of my challenge (although not quite the end but we can't fit it in for week 12 as I'm back at work) we would have a cake treat at the amazing cafe chouxchouxbedoo

I also my Topshop personal shopping appointment this Thursday which I am very excited about. I have saved up after every workout and have asked family for money for my birthday for it, so going to get a new wardrobe for my new bod. Leggings (aka my mummy uniform) will not feature. 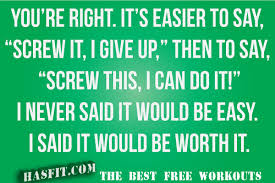